NEW ADDITION! The Jordan Family Band will be performing a few songs to start the night off. Make sure to be in your seat by 6:45!

During his star-making decade, John Berry placed 20 singles on the county charts, 6 of which went Top 5, with Your Love Amazes Me, scoring a #1 on the Billboard and Radio & Records Country Chart as well as Standing on the Edge of Goodbye and She’s Taken a Shine earning the #1 slot in Radio & Records . He has earned multiple Gold and Platinum records over the years.

In 1997 he was nominated for Vocal Event of the Year (for Long Haired Country Boy with Charlie Daniels and Hal Ketchum) and in 2013 John was nominated for the Mainstream Country Male Artist by the ICM Awards. And thanks to the miracles of modern technology, he even sang a duet with the late, great Patsy Cline. 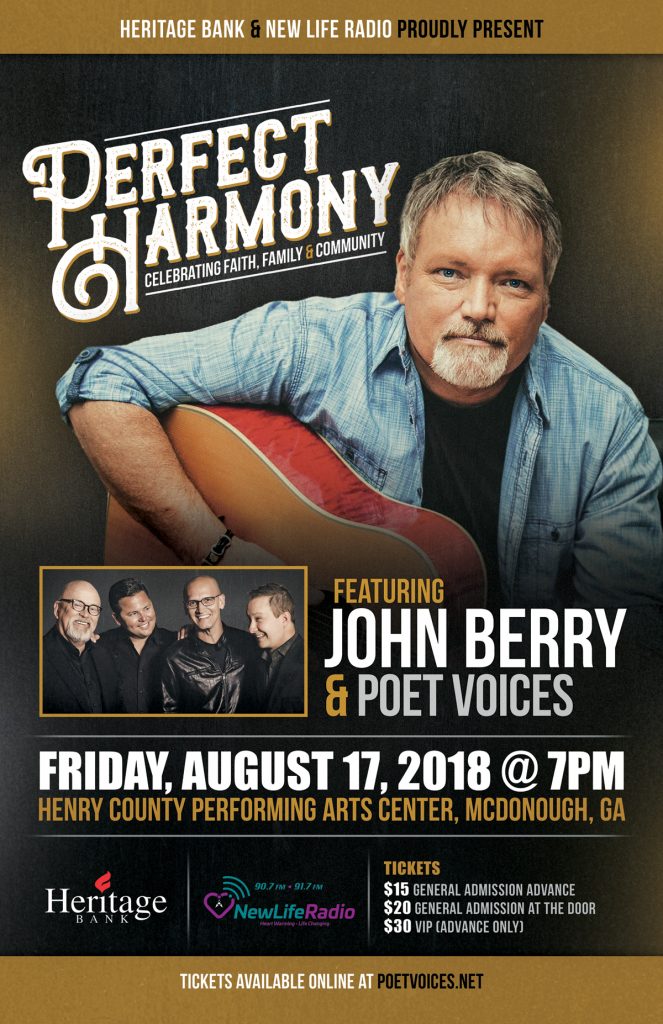